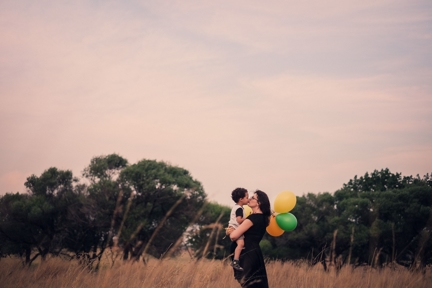 If you’ve been in a committed relationship with an unmarried partner and have children together but are contemplating a separation, it’s important to understand your rights as an unmarried parent, in regard to parenting rights, child custody, parenting time, and child support.

We asked Pacific Cascade Family Law’s Associate Attorney, Cambell Boucher, to talk about some of the most important issues involving an unmarried parent’s rights, in the event of a separation.

In general, when unmarried couples separate with children, most of the same issues will need to be addressed as when two spouses divorce—custody, parenting time and child support. However, according to Boucher, if you and your partner have a child together, the most important aspect in determining these arrangements is ensuring that paternity is established.

For unmarried parents who have established paternity, the process of determining custody, parenting time and child support will be nearly identical to the process for married parents. In both cases, parents have the option to work together via mediation or directly to come to agreements, or if they cannot agree, to ask the court to decide arrangements that are both equitable, and in the child’s best interest.

However, without having paternity established, when unmarried couples separate there are no legal grounds for child support to be ordered, unless one parent voluntarily agrees to support payments. While you may still be able to fight for custody and parenting time without paternity established, it won’t be in the traditional sense.

“[If you haven’t established paternity], you are in a place that's called third party rights. That's a really complicated area of law that we could talk about far more extensively. But it depends on who wants to establish the visitation and custody, and it looks different depending on the relationship with the child,” says Boucher. “It's going to look different for somebody who's known a child for a couple of weeks—you really can't do that. But say you've raised a child and they've considered you their parent, it's going look a lot different in that situation, and you could probably bring third party rights [to the table].”

Once paternity is established, it’s important to understand the differences between parenting rights and custody and parenting time.

“[The term]’ parental rights’ actually has a legal meaning in Oregon, which are certain rights that a parent always has unless they’re stripped of them. That includes getting medical records, school records, the right to consult with the physicians, etc. It’s a list that the legislature has laid out; things that every parent, being that paternity is established, is always going to have unless they’re stripped of those rights, which almost never happens,” says Boucher. “And then there's custody and parenting time. Parenting time is the time schedule that you see your children, such as which house they're going to be at and on what days. And custody is the right to make certain legal decisions for the children. And so when we're litigating custody and parenting time, really, parental rights are never up for debate. It's very rare if ever.”

If you and your partner are contemplating a separation with children, our firm is here to help explain your rights as a parent, and advocate on your behalf. Call us today at (503) 227-0200 to get started.