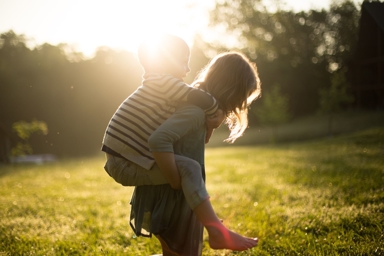 It’s not uncommon for children to experience a sense of general upheaval as two parents go through the process of divorce. There are a lot of changing aspects in everyone’s life, with a shifting mood and stress often in the air, parents moving out of the house, and a sudden split in parenting time. It can be incredibly overwhelming and heartbreaking for children, and the only people who can often understand this feeling are siblings. Nonetheless, amongst all this change the question will sometimes get brought forth: can siblings be split between parents during divorce?

Why Would Parents or Children Ask for Split Custody?

There are a few reasons parents may ask for split custody. There’s the obvious: both parents want a child in their life, so it may make sense in their mind for one kid to go with mom and one kid to go with dad—everyone gets a kid, win-win, right? Without pretext though, this can often be a selfish request, and isn’t likely to stand a chance in court unless there’s a deeper reason regarding the well-being of the children.

There are situations when siblings have unhealthy relationships with each other. This goes past the expected “he-said-she-said” bickering that’s so common between siblings. If there are situations where abuse is present, with one sibling emotionally, physically or sexually threatening the well-being of another, parents may request for those siblings to be split up between households.

Sometimes children themselves will request to be split between households. There are a few reasons for this: more often than not, a minor child just feels more connected with one parent over the other. Alternatively, sometimes a teen will ask to be separated from his/her younger siblings with the hopes of gaining a certain amount of independence.

So, Under Which Circumstances Will the Court Split Custody?

In regard to child custody, the court will very rarely split siblings apart. Their primary concern is the overall well-being of the children at hand, thus it’s not a matter of what child and parent want, but rather what plan would create the healthiest environment for the child. Because of this, the court will typically uphold that it’s in sibling’s best interest to stay together in order to maintain a sense of normalcy, and to avoid splitting the family apart any further.

Situations where split custody may be considered include those when a child’s safety is at risk, and a sibling is threatening their emotional or physical well-being, as stated before. If a judge feels the children and the parents would be better suited by separating the siblings, split 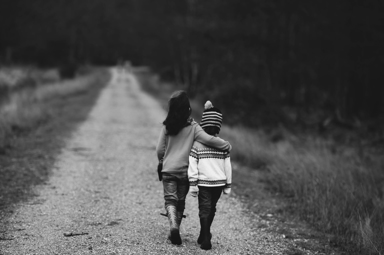 custody may be granted. In this situation, therapists and mental health professionals should also be consulted.

While the court will certainly hear out a minor child’s housing preferences, and might take their reasons into consideration if there is a compelling enough reason, the desires of a minor will certainly not trump what the court considers a matter of overall well-being.

For example, say you have a 9-year-old boy in a healthy home and thriving schooling district who states he wants to move with his dad, who is not a suitable custodial parent, so he doesn’t have to be stuck in a house of all girls with his mom and two younger sisters. While it’s certainly a touching gesture, moving and uprooting his life to be with his dad wouldn’t necessarily be in his best interest long term—it’s the court’s responsibility to see the rationale behind those emotions, and make a decision based on facts. This being said, if both parents are suitable custodian parents, their respective homes are safe and a suitable fit for the child, and all parties remain willing throughout the process, split custody may be granted.

Divorce is hard on everyone, and it’s not uncommon for children or parents to wonder if splitting siblings is a plausible or good idea. While it’s not impossible to establish split-custody, make sure your intentions are good and that your children, and their overall well-being, truly are at the forefront of you mind. The attorneys at Pacific Cascade Family Law understand the importance of maintaining healthy family dynamics and creating custody plans that ensure the best future for your children. Call us today at (503) 227-0200 to set up a consultation.