If you’re considering filing for divorce, don’t be surprised if and when friends and family come forth with their two cents about divorce and tips you absolutely must follow. While most of this advice is well-intentioned and meant to offer support, be weary in taking all of the advice you receive to heart. What may have worked for one person during their divorce isn’t necessarily applicable for your situation, and sometimes the advice isn’t based on fact at all, but personal opinion. Below are 3 common pieces of advice that may end up hurting your divorce: 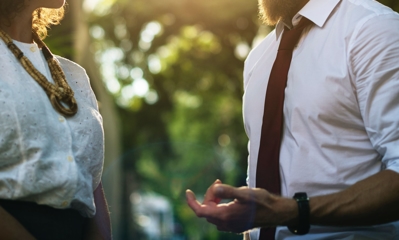 “Drain your Bank Accounts and Claim Your Money!”

This piece of advice gets passed around fairly often, and it should not be heeded. People often think this is a good idea so that their spouse can’t do the same (beat ‘em to it!), and may feel it’s the only way to protect their money. If the money is coming out of a joint account, it’s considered marital property, and there are several repercussions that can unfold from tampering with it. For starters, a judge may order you to replace the money, even if it’s already be spent. They may also penalize you for this behavior by adjusting the division of marital property during the divorce to account for any money spent or taken.

We know it may be tempting to take matters into your own hands, but trust your attorney and allow them to fight for fair division of money and assets—being honest is always the best way to get favorable results.

“No Money Means No Kids!”

It can be frustrating when your ex doesn’t pay their child support, but that doesn’t mean you can withhold your children from them until they pay—that’s called ransom, not sound reason. Unless the court has established that your ex-spouse is threatening your children’s safety, you have no right to keep your children from him/her. Lack of child support payments does not equate to lack of parenting time. While it certainly may get your spouse’s attention, it’s both illegal and selfish. It’s generally in your children’s best interest to have a thriving relationship with both parents, and while your ex’s failure to pay child custody may drive you up the wall (with good reason), don’t let it leak into your children’s lives.

Used correctly, Restraining Orders can be an invaluable tool and a safety net for people who are in a dangerous situation. Used incorrectly, however, they can be damaging to both divorce outcomes and any children involved. People sometimes think filing for a restraining order against their spouse will be an effective power move. Quite the opposite. At most, you may get temporary residence of the shared household, but the long-term consequences are usually far worse. Aside from creating heightened animosity between you and your spouse (which will inevitably make the divorce more difficult), your children will likely suffer from the decision as well. If the emotional downfalls aren’t enough, it’s likely you’ll face an influx of legal bills working through the process. Overall, the payoff just isn’t worth the hassle, the money or the emotional baggage that will accompany the entire ordeal.

When you’re going through divorce and have a swarm of people inserting their own advice into your life, it can be confusing understanding when and where to draw the line. If you have a family or friend giving you their opinion, ask yourself if it seems rooted from emotion or false notions rather than legal truth. No matter what, always run your questions by your attorney first, such as those at Pacific Cascade Family Law, and allow them the opportunity to guide you down a path that will result in the best results possible.