As discussed in a previous blog, the advice we receive from friends and family while going through divorce isn’t always sound or advantageous for us to follow, despite their good intentions. The varying factors that were of importance in your friend’s divorce will not be exactly the same as yours. Below are three common pieces of advice given that may hurt your divorce: 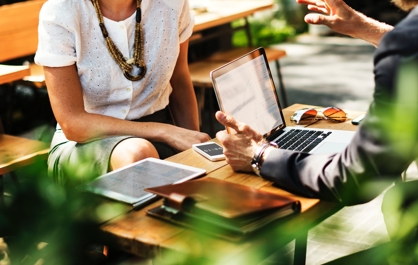 “Get Divorced as Quickly as Possible to Save Money!”

It makes sense that people think a quicker divorce would equate to saved money. Less attorney time means less bills, right? While it certainly may cost more in legal bills initially, if you rush through a divorce there’s a good chance you’ll end up hurting yourself in the long run. If you’re not familiar with your own legal rights, it’s possible you won’t receive all that you’re entitled to in the settlement, which can be a huge financial blow. It’s understanding to want the whole process to end as quickly as possible—divorce is simply not fun—but make sure you’re giving your attorney adequate time to comb through the fine details of your case.

“Represent Yourself, You Don’t Need a Lawyer!”

It’s tempting, we know, but if divorce was simple and anyone could do it, there would be no need for family law attorneys. If you have very little assets and you and your spouse are parting amicably, self-representation may be an option. The more assets you’ve accumulated with your spouse, however, the more complicated things become—throw children into the mix, and it becomes infinitely more important for you to make sure you’re handling the process correctly.

Self-representation is a timely manner (think: are you ready to take on a second job?) and requires an individual to separate themselves from all bias and emotions—that’s nearly impossible when you’re the one going through such a huge hardship. An attorney’s ability to be unbiased and devote their time to you so that you can focus on other aspects of your life is invaluable.

When a person starts to contemplate divorce, they may be given the advice to change the locks on the house to really get the point across. While nice in theory, it’s not so simple. A house is considered marital property, a.k.a. shared property, which means you don’t get to call all the shots and decide to deem your spouse homeless. You need to first get permission from the court to do this—if you take matters into your own hands without doing so, you could face consequences, including having to let your ex back into the house—talk about uncomfortable!

We know friends and family have good intentions when they give you their two cents, and having their emotional support is hugely important throughout a divorce, but it’s important you learn to separate opinion from fact as you proceed. Even if something worked for your friend during their divorce, it doesn’t mean it’s a surefire way to get the same results in your divorce—no two divorces are the same! The attorneys at Pacific Cascade Family Law understand this better than anyone, and we’re prepared to fight for both your rights and favorable outcome during your divorce process. Call us today at (503) 227-0200 to set up a consultation today!