Sadly, abuse is a reality that far too many women and men endure and live through on a daily basis. If you are in an abusive relationship or marriage, it can sometimes feel like an impossible situation to separate yourself from—more often than not, there are a lot of deeply rooted insecurities and scars that keep the abused victim from walking away. 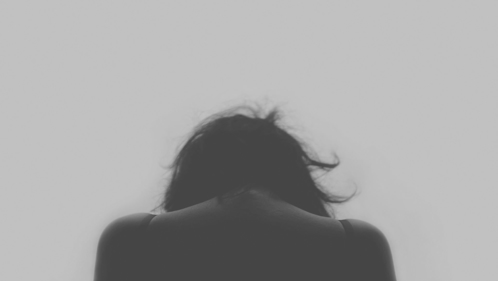 Pacific Cascade Family Law has seen their fair share of cases that involve abuse, and time and time again we have seen remarkable strength from client’s who have found the courage to fight for their rights and well-being by walking away from their abuser. We have seen evidence of abuse clearly displayed on the victim, but often we run into client’s who have experienced more subtle, manipulative forms of mistreatment that can be difficult to identify. Thus, we have created a list of five types of relational abuse that should never be ignored.

Physical violence is usually the first thought that comes to people’s minds when they hear the word abuse. This form of abuse often presents itself slowly, and may gradually get worse with time. Many survivors of such abuse describe the first sign being a shove or an act of restraint, with following abuse getting more violent in time. Physical abuse is defined as any person using physical force against you that threatens or harms your physical well-being. Examples of this can include:

Any form of physical abuse, no matter how severe, is unacceptable and should not be justified or tolerated. Unfortunately, manipulative tactics are often used to shame or blame the person being abused, making it confusing and difficult for them to walk away.

It’s not uncommon for an abusive spouse or partner to express remorse and apologize for their violent behavior. They may explain their point of view and beg for forgiveness, all while promising to never let it happen again. Appealing to one’s sense of empathy can often make the abused individual feel ashamed for every considering leaving or allowing the act to define the abuser.

Unfortunately, this apologetic behavior is common with abusive individuals, and it’s not unusual for the abuse to continue. If you’re in a similar situation, you have no reason to feel any source of shame for walking away, even if the incident only happens once. If you believe your partner is genuine in their remorse and want to give them another chance, don’t let an apology be the end of it—look deeper, and see if your partner really a heart for change, versus a shallow desire for temporary forgiveness or no real desire to work through deep-seated issues. For example, are they willing to go to couples counseling or individual therapy? Are they willing to attend a certified batterer intervention program or an anger management class? A lack of willingness to work on themselves in a professional environment can be a big indicator that they won’t change, and either will the abuse. 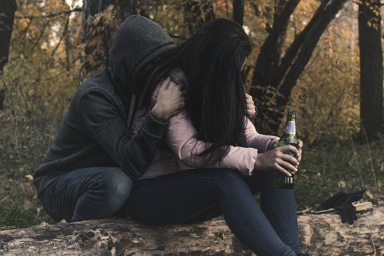 Another common tactic abusive individuals will use is blaming the victim for the offense. They may say you did something to coax them, and that your behavior or something you said is what caused their violent act. We cannot emphasize this enough: there is nothing that justifies physical abuse, no matter how bad the argument or how hurt that person may be by your actions. Physical abuse is absolutely unwarranted. In addition to this, they may blame the incident or incidents on feeling stressed, frustrated or under- pressure. They may also say it only happened because they were under the influence of drugs or alcohol. If you have been abused, the only person responsible is the abuser. If they are unwilling or unable to take responsibility for their action and acknowledge their wrong-doing, there’s a good chance they’ll lash out again.

Under no circumstances is physical abuse okay, and you don’t need to live in fear or be controlled by an abusive spouse if you’re ready to walk away from the relationship. What’s important to remember is that physical abuse is illegal, and there are ways to seek help and ensure your protection, such as filing a FAPA, if you fear consequences or acts of revenge from leaving your abuser. Pacific Cascade Family Law understands how tumultuous and difficult it can be to detach oneself from an abusive partner, and we are here to stand by you and help fight for your rights and safety, your well-being and your better life. Call us today at (503) 227-0200 to set up a consultation.