The term emotional abuse probably isn’t a foreign concept for most people—in fact, it’s a term that gets tossed around fairly often. Pacific Cascade Family Law has represented a wide array of clients who have endured marriages where emotional abuse was both prevalent and crippling to their sense of worth and self-confidence. In this blog we’ll be defining what emotional abuse is, as well as how to identify its presence in a relationship. 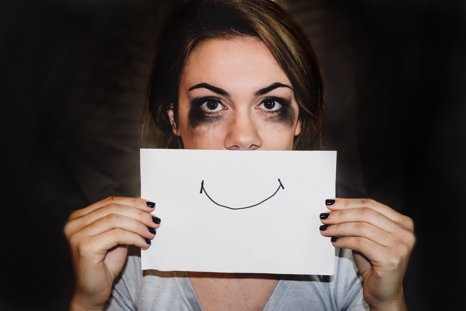 Emotional abuse is a type of abuse that involves exposing a person to behavior, language or other manipulative tactics that result in psychological trauma. It can be harder to identify than other forms of abuse because it can occur in the absence of physical violence, but should be taken just as seriously as any form of physical harm—your emotional well-being is just as important as your physical well-being.

An abuser typically uses emotional abuse to establish power and control in a relationship, which is best done by undermining their partners sense of self-worth and confidence. It’s not uncommon for an emotionally abusive person to have been abused in similar ways from parents or a previous relationship, and it’s possible they may not realize the harm they’re doing with their words and actions, which is why it’s so important you be able to identify signs of emotional abuse. Common signs of emotional abuse may include:

No couple is perfect, and inevitably disagreements will occur in any relationship. It’s okay to share your honest thoughts with your partner, even if it’s hard to hear, but there is a difference between communicating for the sake of conflict-resolution, rather than just spewing critical and damaging insults in order to “win” and gain control. If your partner is overly critical, untrusting, quick to point out mistakes and tell you everything that you are not, you may be in an emotionally abusive relationship.

There are a variety of reasons an emotionally abused individual may stay in a relationship, and it can be devastating for loved ones to watch. The following are common reasons victims may stay with their abuser:

The people we love should be our greatest cheerleaders and our stronger support. Rather, if your partner or spouse is tearing down your sense of self-worth, confidence, and making you feel like a failure, you may be in an abusive relationship. If you’re in an abusive relationship but your partner has a desire to work on him or herself, therapy is a great first step to better understanding their deep-seated wounds that are triggering such damaging behavior.

Emotionally abusive relationships can sometimes be the hardest to walk away from. Believing in your own worth and understanding that you deserve better treatment from your partner requires a sense of self-awareness and confidence—the qualities that emotional abuse tend to rob a person of. Every person deserves to be supported and uplifted by the ones they love, and we hope that if you are in an emotionally abusive relationship, you can find the strength and courage to stand up for yourself, even if that means walking away from your abuser. If you’re ready to make that decision, call Pacific Cascade Family Law today at (503) 227-0200 to set up a consultation, discuss your rights, create a game plan, and begin the process of paving a brighter tomorrow.