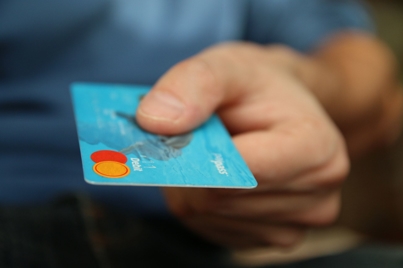 It’s not breaking news to say that managing finances is a common point of contention in many marriages. From learning how to combine assets and debts as a newly married couple, to agreeing on how to successfully save and spend as a couple can be challenging. And, not surprisingly, it is a topic that two people often don’t see eye to eye on. A common struggle for married couples is how to handle their student debts, whether they were acquired before the marriage or within.

With college tuition in America having more than doubled since the 1980s, student debt is now at an all-time high. According to Forbes, as of 2018, 44.2 million people in the United States had student debt that totaled 1.52 trillion dollars. To many, it is quickly reaching a level of economic crisis and has become an almost expected part of American life, as well as a common feature of the marital financial equation.

It is also a fact that student loan debt can create significant strain on a marriage. Repayment of student loans can leave a couple feeling imprisoned by what feels like a never-ending string of payments. Depending on the amount of the student debt, a couple may find themselves paying hundreds, if not thousands, of dollars every month to keep up with their repayment plans. If one spouse has accrued a significant amount of student debt, and in turn includes the other spouse into the responsibility of paying it off, it can create feelings of bitterness, anger, or fear for one’s financial future and security.

Unfortunately, the stress from student loan debt can also lead a couple down the path of divorce. If this is the case, you may be wondering how that debt will be viewed and handled throughout the process of an Oregon dissolution.

It’s important to understand that Oregon is an equitable distribution state, meaning that the court will divide all assets (including debt) according to what they deem fair – which does necessarily mean equally. The court will first want to determine which assets are considered marital property (normally acquired during the marriage) vs. separate property (normally acquired outside of the marriage)—the answer to these questions will then determine how they’re divided. However, this determination is not always black and white, nor as straightforward as it may seem.

For example: typically, if one spouse accrued their student loan debt before marriage, it would be considered separate property, and remain the responsibility of the person who acquired the debt. Ideally, each partner takes responsibility for their personal debt, and it’s a straight-forward resolution. That being said, if the spouses worked together within marriage to pay off that debt from combined funds, the lines of ownership, and what would be deemed fair, could then become blurred. 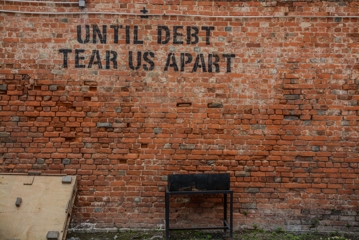 Student debt acquired within marriage becomes a bit more complicated. Generally speaking, federal loans will remain the responsibility of the person whose name is on the paper. However, the division of other marital debts or property may be altered to account for this imbalance. Also, loans often require co-signers, and if that cosigner is the other spouse, they may then have legal ties to that debt. Additionally, if one spouse is in school on student loans, financial responsibility will often fall on the other spouse—their income may go towards supporting both partners. In these situations, the court will look not only at monetary matters, but personal sacrifices made by the supporting spouse.

For example, say the supporting spouse puts off their own education or pitched in more around the house in order to support the spouse who is going to school. If one spouse helps advance the earning potential of another through a variety of personal sacrifices, the court will often consider these factors when determining fair spousal support rewards.

The division of debt in a divorce can be a complicated matter, which is why it’s important that you have a knowledgeable attorney on your side to help fight for what you deserve. By going into a dissolution unprepared or unaware, you could easily end up missing out on thousands of dollars in divisions or compensations. If you’re considering divorce and are concerned about how student debt will affect the outcome, call our office today at (503) 227-0200 to discuss your options.