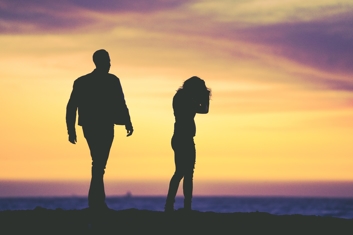 With summer well upon us and August quickly approaching, you may be prepping for familiar events associated with the month: soaring temperatures, a family vacation out of state, the perfect peaches for that seasonal pie and jam, and… peak divorce season?

Family Law attorneys can attest to the fact that August is a month when firms see an influx in inquiries regarding divorce. To back up these acknowledgments with statistics and numbers, the University of Washington analyzed the 15 most recent years of divorce filings in Washington to look for patterns.

What they found is two very specific annual peaks in divorce—March and August. What’s causing this, you may be wondering? According to Julie Brines, one of the authors of the study, the cause is likely due to our tendency to time these decisions around a “domestic ritual calendar”—AKA Christmas, Valentines Day, and summer vacations. These calendar rituals can either create a pause for unhappy couples considering divorce, or they could serve as breaking points in relationships that may exasperate an underlying issue, and push a couple to their brink.

Deciding the right time to file for divorce is never an easy choice, and unless there is cause for concern regarding emotional or physical safety that forces an individual to leave the marriage immediately, most couples will stew on the idea for weeks, months, or even years, before pulling the trigger and filing. For this reason, many couples will wait until what feels like the right time for their children and the rest of their family before starting the process.

For example, December has historically seen the least amount of divorce filings, due to the fact that few parents rarely want to kick-start Christmas season with the news of separation. In addition to this, according to Bines, “people tend to face the holidays with rising expectations, despite what disappointments they might have had in years past.” January will typically see a rise in filings with the holidays come and gone, and because the new year inspires the courage to pursue change and start fresh for many people.

In similar stride, it’s believed that August sees a peak in divorce filings in part because of failed family vacations—trips that exasperated deep, underlying marital issues, rather than mend them. This is called the “broken promise” hypothesis. According to Bines, “people are discontent with their marriages, they look at vacation as an opportunity to give it one last shot, and what they were hoping would happen didn’t occur.”

More Americans vacation in July than any other month, so many spouses will hold out on filing for divorce until later in the summer because they don’t want to ruin the planned family getaway, only to find that “relaxing vacation” only made those perceived differences glaringly irreconcilable.

Regardless of stats, if you’re in a healthy and happy marriage, you have nothing to worry about. Allow this August to consist of warm weather, time with family during summer vacation, and of course, that delicious seasonal peach pie. If you are finding that you’re unhappy in your marriage and are nearing a breaking point, however, call Pacific Cascade Family Law today to set up a consultation. As family-focused individuals, we understand how challenging making the decision of divorce can be, and are here to help you determine if filing is the right path for you and your family.