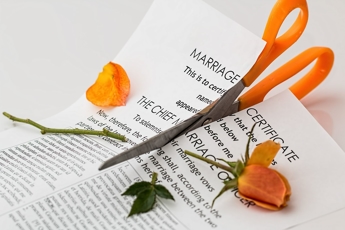 The division of a family due to divorce presents not only emotional hurdles to overcome, but a variety of decisions that need to be made regarding assets. Throughout the dissolution, you and your spouse will need to determine how you want to handle your separate and marital property—a process that can often lead to feuds. For this reason, it’s important to understand not only what separate and marital property are, but how equitable distribution laws in Oregon will play a role in this process.

For starters, what is marital property?

Let’s start by defining property. Property includes real estate, personal belongings, bank accounts, vehicles, investments, business interests, pensions, stocks and retirement benefits. There are two types of property that will be considered when determining “who gets what” within your divorce: separate property and marital property.

Separate property includes assets, money or properties that were acquired before your marriage. It can also include inheritance or gifts that were received, even during marriage.

Marital property and marital assets, on the other hand, consists of anything that was acquired or came into ownership during the marriage. Examples of marital property include physical assets, memberships, retirement plans, bank accounts and debt. Regardless of ownership or how much money each individual contributed, if you acquired property as a couple in marriage, Oregon law considers the process of acquisition to be equal.

Oregon is one of the few states that considers all property, regardless of when it was acquired or by whom, to be fair game when deciding how assets should be divided. In general, Oregon places an “umbrella of equity” over all assets amidst a dissolution. Throughout the course of the case, each party will have the opportunity to overcome this presumption, and make their arguments for why and how their separate and marital property should be distributed. This burden of proof goes hand in hand with Oregon’s equitable distribution laws.

Got it, so what exactly is equitable distribution?

People often think that when they get divorced, assets will be divided right down the middle— “equal” is the term that comes to people’s minds. This is not true of equitable distribution—equitable does not mean equal, but fair under the circumstances.

Equitable distribution laws take a number of factors into consideration, such as the length of your marriage, education and health, each spouse’s ability to work, and any spousal or child support that will be awarded. For example: if you’ve been in a long-term marriage, say 30 years, and you decide to get divorced, the judge will likely divide your separate and marital property differently than he/she may divide the assets of a couple who has only been married for two years. 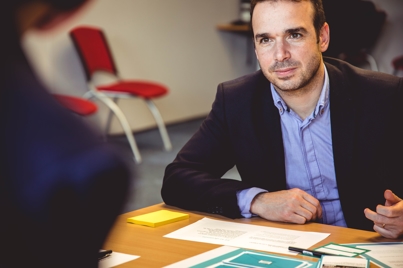 After taking all of these factors into consideration, a judge will distribute assets, whether they be separate or marital assets, according to what he/she sees fair, rather than monetarily equal. Meaning, one spouse may actually receive more assets than the other.

When going through a divorce, most couples will try and resolve matters through mediation—a process that does not include the court, and gives the couple a chance to come to fair agreements on their own terms. When you separate from your spouse and file for divorce, it’s important that you have your marital property appraised. In order to receive fair distribution, you need to know what your property and assets are worth.

Even if you can’t agree on how everything should be divided, coming to as many agreements as possible within the mediation will allow the situation to remain in your hands—anything that can’t be agreed upon will become the responsibility of the court. If you and your spouse are unable to come to an agreement on how marital property should be distributed, a judge will make the decision for you with equitable distribution in mind.

In short, Oregon’s equitable distribution model is not a black and white system. It does not operate on a scrupulous formula, but rather evaluates every case according to it’s specific and unique situations—it’s a very fact dependent system.

If you’re considering divorce and have a substantial amount of separate or marital property, it’s in your best interest to meet with an attorney and start creating a game plan. It’s important that you have an advocate who understands family law, and can help fight for a fair distribution of assets. Call Pacific Cascade Family Law today at (503) 227-0200 to set up a consultation.