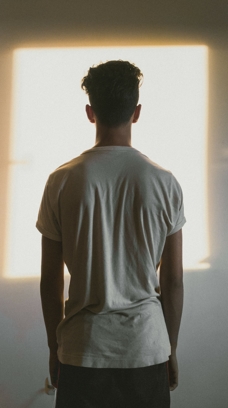 This is the last installment of articles touching on forms of relational abuse that should never be ignored. This blog will be focusing on social abuse, a form of intentional isolation and commonly goes hand-in-hand with emotional and physical abuse.

Social abuse is the act of preventing an individual from spending time with their friends, family, or participating in social events. As with any form of abuse, it’s a means of asserting control and power within a relationship through isolation, in turn plundering the victims sense of community and creating an unhealthy reliance on their abuser. This form of abuse can sometimes get justified and chalked up to jealously or an abuser “caring” enough to protect his/her partner from “toxic” individuals that they don’t like— this is often an excuse to justify selfish motives.

Signs of social abuse may look like the following:

Social abuse shouldn’t be confused with a spouse having a negative opinion about a friend or family with due cause. There are inevitably going to be times when your closest friend or your relative does or says something that may rub your partner the wrong way, and it’s healthy for them to be able to communicate about the incident without being scrutinized in turn. What is not healthy, however, is when a spouse shows constant criticism towards their partners social support system, and seeks to control and effectively destroy that network for their own selfish agenda.

If you’re in a relationship, you still have the right to communicate with people and pursue other friendships without having to be monitored or shamed—plain and simple. If you have a partner who is telling you otherwise, consider that a big red flag. An abuser can often make it seem commonplace to cut-off friends and family once you’re in a relationship, or may manipulate you into thinking they’re isolating you for your own benefit, which is why it’s important to be able to identify what a healthy relationship looks like so that you can identify when your partner is displaying abusive tendencies and set appropriate boundaries.

If you’ve noticed your partner or spouse showing signs of being socially abusive, don’t brush it under the rug. Social abuse can often be a precursor to other types of abuse we’ve discussed in previous blogs, such as physical, emotional, economic or sexual abuse. The common denominator of all types of domestic violence is a desire for control over another person, which should never be a cornerstone for any relationship. If you’re in an abusive relationship and are ready to close that door in order to begin a journey towards a healthier future, call Pacific Cascade Family Law at (503)-227-0200 to set up a consultation and discuss your concerns, your rights, and your game-plan for creating your brighter and better tomorrow.