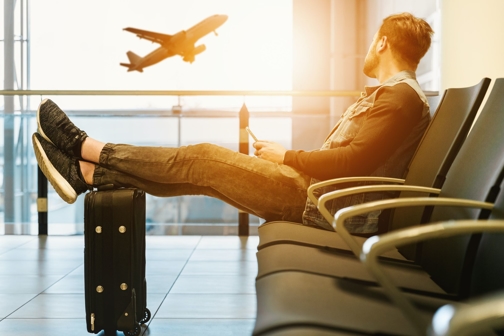 Can I Fly With My Oregon ID?

If you have plans to fly domestically after October 1, 2020, you may be growing more and more concerned about being able to do so, and not just because of the coronavirus pandemic. Thousands of Oregonians still have travel plans, and even airline reservations, for upcoming months. Coronavirus concerns aside, there was yet another roadblock that, up until April of this year, would have prevented many Oregonians from being able to board a commercial airline. This is due to the fact that your current Oregon driver’s license would not have qualified as valid ID to board a plane as of October 1st.

So why does your state-issued ID no longer qualify for commercial airlines? This is because Oregon is one of only two states that does not yet issue Real ID driver’s licenses or identity cards. This arises from the fact that, back in 2008, the federal government enacted the REAL ID Act, which set out minimum security requirements for the issuance and production of driver’s licenses and identification cards issued by the states, territories, and the District of Columbia in order for federal agencies to accept these documents for official purposes.

While the list of “official purposes” ran from the mundane (such as accessing federal facilities) to the exotic (such as entering nuclear power plants), the purpose that affected most people was for boarding a federally regulated commercial aircraft.

Since 2008, every state except Oregon and Oklahoma have complied with the REAL ID Act. After receiving several extensions, Oregon was issued a deadline of October 1, 2020 to start issuing compliant cards, after which non-compliant Oregon Driver’s licenses would not be accepted as identification to board planes. Oregon’s DMV has been working to meet this deadline and is now scheduled to begin issuing Oregon Real ID licenses on July 1st, 2020.

However, with the onset of the coronavirus, it became obvious that the depleted Oregon DMV staff would not be able to meet the huge demand for compliant cards by the scheduled deadline. This put over a million Oregonians at risk of not being able to get their licenses converted to a Real ID license before the October 1 date, thus making them unable to fly commercial airlines. You may well be one of them.

With this precarious situation looming, Senator Ron Wyden took action and moved to initiate legislation calling on the Department of Homeland Security to push back the deadline for air travelers to get a Real ID compliant driver’s license. He noted that, “In the middle of this public health crisis, it would be irresponsible and dangerous to ask Oregonians to crowd into lines at their Department of Motor Vehicles to receive the REAL ID documents they need.”

Happily, his efforts bore fruit, and on April 27, 2020 The Department of Homeland Security issued a ruling that delayed enforcement of the REAL ID ACT until October 1, 2021. This will allow Oregonians, until October of 2021, to use their current regular Oregon driver’s licenses as ID to board airplanes and fly domestically in the United States. As before, you will still need a passport to fly internationally.

At least for nor now we can all breathe a sigh of relief. However, it will be very important for anyone contemplating flying within the United States and who does not currently have a passport to think about getting their Real ID license sooner than later. If there is one thing this pandemic has taught us, it is to not wait until it is too late to get your important affairs in order.

Pacific Cascade Family Law is committed to providing insight into real-world problems that we feel is important for families who are navigating difficult trials to be aware of. We will continue to update our site with state and federal updates as they come with the hopes that this information helps families plan accordingly. If you are interested in learning more about how our firm can help your family, do not hesitate to reach out to set up a consultation today.