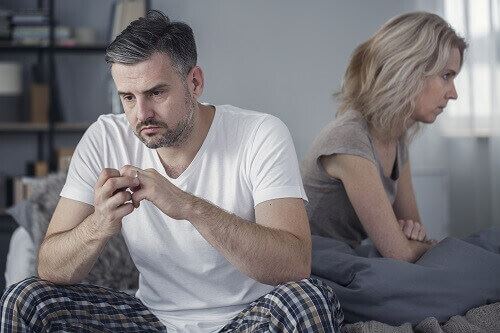 Last week, Pacific Cascade Family Law’s Partner, Will Jones, took to Facebook Live to break down the divorce process in Oregon. Starting a divorce can be not only overwhelming, but anxiety-inducing when trying to learn about the complex process, which steps to take first, and how to ensure that you come out with a favorable outcome. Will’s biggest piece of advice to those who are starting the process?

Start at the end, and work backwards.

“[Most people] start [the divorce process] by looking at the beginning, right? Petition and jurisdiction, how to file, how to do all those things. Those are great pieces, and they are pieces in the process, there's no question about that. But that's not where we're going,” says Jones. “It's like if you got in a car and you had no idea where your [final destination] is supposed to be. Where do you turn? What do you do? So when I bring in clients, I like to start at the very end of a divorce case, which for most people is called a General Judgment of Dissolution.”

There are three ways in which a General Judgment of Dissolution can be reached in a divorce case:

“[A General Judgment of Dissolution] is the entire goal of this process,” says Jones. “[From there], you can ask: ‘What's going to go in it?’, or ‘What's going to be left out?’, and ‘What are the terms going to be?’ It kind of becomes the law of the land between the two divorcing parties. So that's usually the best place to start—right at the end. What are we trying to get into this judgment? [Once we have that answer], then we can build backwards as to how we're going to do that, and in what manner we’re going to get this judgment done.”

Once you’ve set your goals for your judgement and outlined the steps you hope to take to reach those goals, then you can start working through each step of the dissolution process, such as filing for a petition, which opens your case with the court.

“The purpose of the petition is to be vague. We'll be specific as to what people have, but we don't want to put in the petition, ‘I want $300 in spousal support’, because the court might award you $500 or $1,000 or $10,000. But if you only asked for $300, the court's going to go, ‘that's all you asked for’, and so [that’s all you’ll get],” says Jones. “So what we're doing is we're setting goalposts. If we’re dealing with spousal support, we're going to put something in there like ‘a spousal support amount that the court deems just and equitable’, and we're going to leave the court that discretion to decide what's just and equitable. We're not going to tie the court's hands down and say, ‘nope, we only want this one little thing, and if we can't have this one little thing, we want nothing.’ We want broad discretion so that, if we do end up in trial because we can't find a stipulation, we have the ability to argue, "it should be higher", or "it should be lower", depending on which client.”

According to Jones, a petition is a time where clients should essentially ask for the sun, the moon and the stars, based on the logic that if you don’t ask for it, there’s no chance you’ll receive it. While the court has the discretion to deny your requests, and will take into equal consideration the requests of the opposing party, a petition is a means for both parties to set the parameters in which the court can work.

From there, the route that a dissolution case takes it dependent on the parties’ abilities to work together, come to agreements, and find solutions that work and feel fair for everyone. If a stipulation isn’t possible, there is always the option to go to trial, in which case having an attorney on your team is insurmountably important.

While every dissolution case looks different for Jones, one goal remains the same: creating a judgment that has longevity for the client in years to come.

"[Divorce] is not fun for anybody—nobody's ever smiled their way through a divorce, although they may get a good outcome. But the goal isn't to deal with what's happening today. The goal in this whole process is to deal with the judgment and how that's going to impact everything that moves forward. [The question becomes]: are we setting things up appropriately in the judgment to take care of clients five, 10, or 15 years down the road?”

If you’re contemplating divorce and need an experienced attorney on your team who can help fight for a favorable and lasting outcome, call our office today at (503) 227-0200 to schedule your consultation. Additionally, if you’d like to hear more from Will Jones about deconstructing the divorce process, you can find his interview on our Pacific Cascade Family Law Facebook page, as well as on our podcast, Modern Family Matters.