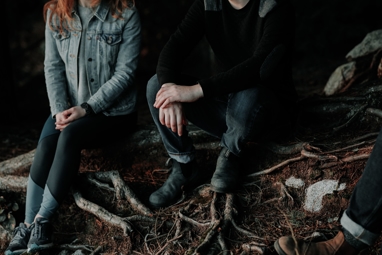 It’s a scenario that is all-too common with ex-spouses who, for the purposes of co-parenting or other unique situations, must remain in contact after their divorce: a simple question or transaction turns into a seething argument, chalk full of blame and accusations, that leaves both parties feeling resentful and at a loss of how to manage a cordial relationship.

Maintaining a healthy relationship with an ex is difficult—likely, there are years of hurt and frustration at bay, and at times all it takes is a passive comment or inconsiderate action to trigger old tensions. If you are hoping to establish a healthy co-parenting relationship with your ex post-divorce, these tips may help promote amiable interactions, even amidst conflict.

Focus on the Problem at Hand, Not the Person Involved

If an issue arises involving the children, it’s likely a topic that you and your ex will need to discuss. If children are showing signs of acting out, withdrawing, not getting great grades, or getting in trouble, especially after a recent divorce, it’s easy for parents to lay blame on the other for the change in behavior or perceived bad habits. Rather than point fingers, cast blame, mock, or raise your voice, try and focus on the problem at hand (your children and how to help them), and avoid making the issue about personal hard feelings that you may hold towards your ex.

For example, say your child is under performing in school and showing a lack of interest in academics—while this is a cause for attention, it’s probably not one parent’s fault. Rather than blurt out a statement laying blame (“He wouldn’t be struggling if you hadn’t left”, or “Maybe he would be getting better grades if you would devote more time to studying with him”), keep the situation neutral and refrain from making personal insults. You could reword your concerns in a way that expresses your concern without attacking you ex (“I think his grades are struggling because he’s having a hard time processing the divorce”, or “I think he may thrive with one-on-one studying from the both of us—what do you think about making this a priority in the evenings?”) If you and your ex are finding it difficult to talk in a neutral state of mind and are making the issue at hand personal, pause the conversation until you feel more leveled, and resume at a later date.

Rather than Place Blame, Focus on “I” Statements

As stated above, the wording of a statement has a profound effect on how a concern is received—it is very possible to express the same concerns or opinions without laying blame or making one party feel attacked. After a divorce, it’s normal for each individual to feel a bit burned and sensitive, but learning how to strategically voice your concerns can make all the difference in your interactions with your ex.

Oftentimes, when there is a conflict that needs to be discussed, ex’s get into the bad habit of laying blame, which can feel truly justified when your ex’s choices or actions affected you in a negative manner. When we start a conversation with an aggressive accusation or by casting blame, that will likely result in the receiving party to either put up a wall, or attack back. Already, the conversation is off on the wrong foot. Rather, focus on statements that start with “I” rather than “you”. An example would include: “I feel uninformed when you send a message about an upcoming event through our child rather than send me an email, and that makes planning my days challenging, as well as makes me feel unconsidered”, rather than “You never tell me what’s going on because you’re too selfish, and you are the reason that I’m always running late.”

While the same issue is being addressed, the first statement would likely be received in a different manner than the second, as it focuses inward (how the problem effects you) rather than outward (how the other party is to blame for the problem).

Reflective listening is the practice of reverberating what someone is saying before countering with our own thoughts or opinions. Oftentimes, when people are in a disagreement, they talk simply to get their point across without taking a moment to consider what the other person is trying to express. Conversations end up sounding like:

Him: “But do you understand how it can be frustrating…”

In these scenarios, two people can end up talking in circles trying to force the other person to see the situation from their side, just for the conversation to eventually turn into an unnecessary argument that never gets resolved. Ultimately, what every party wants is to be affirmed that they are heard and understood, even if the other person doesn’t necessarily agree. Practicing this with your ex can help to prevent discussions snowballing into seething arguments where neither party is really focused on listening or understanding.

An example of reflective listening may sound like this:

Her: “I feel frustrated when you hang up the phone on me without saying goodbye—I know it may seem like a small thing, but it makes me feel disregarded and therefor frustrated with you when I'm trying not to be.”

Him: “I hear what you’re saying, and I understand how me hanging up without saying goodbye can be frustrating. That being said, it's not my intention to make you feel disregarded. Usually when I hang up quick it’s because I’m in a rush, and I’ve never given much thought to the formality, but I'll make an effort to remember to do so. Thanks for letting me know.”

Remember that effective communication can take time to master, and does require two willing participants. If you’re trying to learn how to effectively communicate with your ex, starting with these tips is a good place to start. If your ex is open to it, run these strategies by them so that they understand where you’re coming from, and can make conscious efforts to reciprocate in a cordial manner.