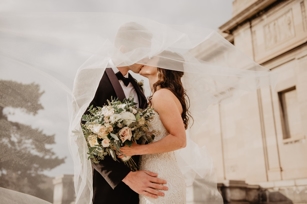 With longer days and sunnier weather upon us, it’s hard to argue that summertime in the Pacific Northwest is anything but ideal when planning a wedding to be enjoyed outdoors. With wedding season just around the corner, now is the time for couples of all ages to start thinking about the benefits of implementing a prenuptial agreement along with their vows.

It goes without saying that prenuptial agreements, also known as prenups, have a long-standing reputation of being designed for the rich and famous. And of course, one of the most common deterrents to this document is the thought of planning for a divorce before even getting married. “Isn’t that kind of…taboo?” It’s true that prenups may not be something we envision when we think ‘story-book romance’, but it’s important to understand that creating a prenup is not a death wish to your romantic connection with your partner, and especially not to your marriage—rather, it’s a pragmatic approach to planning for all possible outcomes.

Interestingly, millennial's have played a big role in reversing stereotypes surrounding prenups. Having largely witnessed divorce first-hand through their parents, millennial's are taking more steps to ensure that marriage is the right decision for them, and in turn they have actually aided in decreasing divorce rates across America. As a generation who is known for being more cautious towards marriage and considering all aspects of what vows may entail, this group of individuals is also contributing to the rise of utilizing prenuptial agreements before tying the knot. 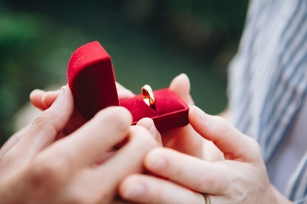 A reason for the rise of prenuptial agreements amongst millennial's is in large part because they’re choosing to get married at a later age than their parents or grandparents before them. With this comes more years for both parties to accrue wealth, assets and even debt. In addition to this, women now have a greater presence in the work field, allowing for the conversation of a prenup to be viewed as a team effort and mutually agreeable, rather than a single individual wanting to protect their wealth.

A prenup forces a couple to confront important financial decisions—a conversation that can sometimes be uncomfortable, but is often beneficial. When discussing a prenup, you and your partner can decide how you want to equitably split wealth related to savings, investments, alimony, debt, and even student loans. It allows you to create an ideal situation while you’re on good terms, thinking straight and working together as a team, rather than trying to determine these factors amidst an emotionally tumultuous divorce.

If you’re planning a wedding this summer, it’s in your best interesting to look into the benefits of drafting a prenuptial agreement. Pacific Cascade Family Law is well versed in these documents, and can offer the support and representation needed to help ensure you kick-start your wedding season on the right foot.