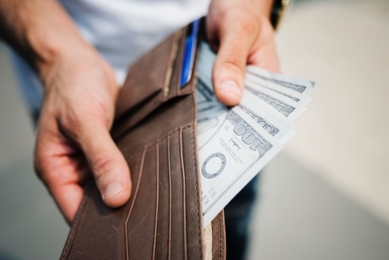 Spousal support, or “alimony” as it is commonly referred to, is a court-ordered payment from one former spouse to the other. When people think of alimony, they generally assume that the woman is the receiver because statistically men have been the higher earners in the household. However, spousal support has nothing to do with gender, but rather is based on which spouse is less financially stable due to the other spouse being the primary earner in the family.

Spousal support eligibility and award is dependent on the state you live in. As the number of stay-at-home fathers increase, and women are becoming more inclined to work full-time careers and in turn serve as the family breadwinners, the statistics for men winning spousal support during divorce are beginning to rise.

While it does vary by state, a judge will generally use the following list when determining eligibility for spousal support:

Oftentimes, there’s an underlying belief that gender bias exists when it comes to spousal support. It’s important to understand that the laws are not based on gender, and therefor will be applied fairly to either spouse—rather, they are based on financial stability and ensuring that both spouses are able to continue living a similar lifestyle that they enjoyed while together. It’s true that historically women have received spousal support more often than men, but this is because women have traditionally been the spouses staying at home with the kids or providing non-financial support for their husband’s career advancement.

It’s also important to understand that children have no effect on spousal support. “Alimony” is based entirely on the spouse in need and not whether the children are in their care. Child support and spousal support are two different things. This is one of the many reasons it is important to have an attorney.

There are a lot of factors involved in obtaining spousal support. It can be a difficult process and the laws vary by state, which is why it’s important that you speak with an attorney who can help you understand your rights in your state, as well as offer strong advocacy. Pacific Cascade Family Law specializes in family law in both Oregon and Washington, and can make the process easier and help secure a fair settlement. If you feel that you’re entitled to spousal support, whatever your gender, you should contact us today.