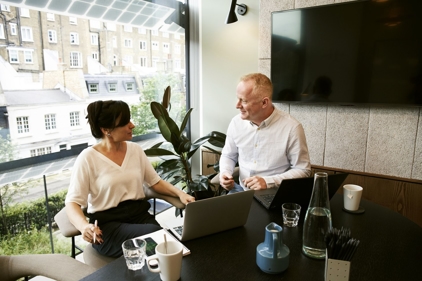 When going through a family law matter, you may be required to go through “Discovery.”

So, what exactly is Discovery? Well, it’s pretty much what you might think it is. Discovery is the term that encompasses a variety of ways in which attorneys can utilize to find and collect information necessary to fully prosecute (and hopefully settle) a case. In the case of family law matters, it is especially important, as it allows attorneys to collect vital information from the opposing party that can help determine how to fairy resolve sensitive issues such as child custody, support, visitation and fair division of the marital property. By allowing the attorneys for both parties to review all of the relevant information, it can help lead to negotiated settlement agreements that are fair and equitable for both sides and can also help to reduce the time and expense of going through a full court trial.

So, how does the Discovery process work? Generally, it starts with having an in-depth interview with your attorney. In this meeting, you should let your attorney know about everything you can think of that might be relevant, including your income, funds, assets and debts, as well as your work hours, home schedule and any relationships that may affect the case. This is not a time to curb the truth or leave out details; it’s imperative that your attorney be completely informed of your situation. This openness allows your attorney to best negotiate and advocate on your behalf. Withholding important information will rarely benefit you—rather, it can result in your attorney getting caught off-guard in court, which could ultimately hurt your case. Additionally, if a spouse hides assets during discovery, the injured spouse may be able to reopen the divorce case years later if those assets are discovered.

Once your attorney has a thorough understanding of your situation, they will begin the process of obtaining information and documents from your opposing party. There are five processes that are typically utilized within the discovery process, some or all of which may be used in your case. They are:

Interrogatories: This is a list of questions that your attorney sends to the opposing party. Many states have limits for how many questions can be asked, and a response needs to be received within 30 days under penalty of perjury (unless the question can be proved to have no bearing to the case, or too burdensome). An example would be: “State your present residence of address.”

Requests for Production of Documents: A request for production of documents is an important tool for acquiring information from an opposing party. Examples of information that parties must exchange include tax returns, wage and income records, credit card balances, automobile titles, pension and retirement plans, investment information, bank accounts, and the like. An attorney can also ask for medical records, contracts, emails or text messages of significance. Not producing these items can come with a stiff penalty as the court can require spouses who do not properly exchange information to pay the other spouse's legal fees.

Request for Admissions: These are a set of written requests, sent to the opposing party, to admit the genuineness of a document or the truth of a matter. The opposing party is required to either admit, deny, object to the request or state that the matter is neither admitted nor denied. Requests for admissions are useful because they can cut to the chase, and also go on record, if they later answer differently. For example: A request may be “The Petitioner’s gross monthly income is $2,500 per month”, in which your ex will either admit, deny, or explain an alternative answer.

Subpoena: A subpoena is the request of documents or appearance from the involved parties or a third party. Subpoenas are useful when the opposing party is not willing to volunteer information, or it’s believed they’re being dishonest. If this is the case, a subpoena can call upon the party or a third party to provide needed information, in turn forcing the unwilling party to participate. For example: say you suspect that your ex received a bonus at work that she/he never mentioned. A subpoena could call upon a third party (the opposing party’s employer) to provide documentation of any raise or bonus that was allotted.

Depositions: At a deposition, a person is required to sit down with an attorney and a court reporter and answer questions pertaining to the case under oath, similar to if they were testifying in court. After the meeting, the court reporter will transcribe the conversation, which can then be used in court.

It’s important to understand the discovery process and why it is such an important part of the legal process. It’s not uncommon for clients to feel impatient or that there’s a lag in their case during this stage of the legal proceedings, but this is not the case. Collecting necessary documentation and information can take months, but it’s a mechanism that is vital for an attorney to put together a strong case on your behalf. Having a knowledgeable and capable attorney on your side throughout a case is vital when going through a family law matter that requires a formal discovery process. Call us today at (503) 227-0200 to learn how we can help you begin the process of paving a path towards a better tomorrow.