To the relief of many Americans, recent studies have started to show that divorce rates across the nation have started to drop. Researchers have accredited this dip in numbers to a multitude of different factors and theories, but the fact remains, and the numbers don’t lie: divorce rates are dropping… for some. While the decline may represent marital success for greater America as a whole, the rate of divorce among the baby-boomer generation has actually doubled. 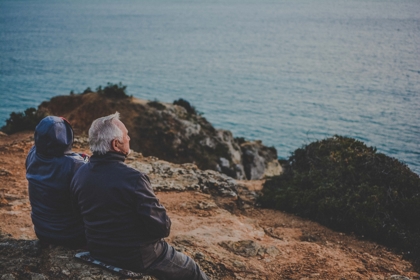 It may come as a surprise to some, but divorce attorneys across the globe have seen a steady increase in prospective clients who have been married for 30, 40 and even 50 years seeking to end their marriages. This phenomenon is known as a grey divorce—presumably coined based on the assumption that those divorcing after so many years of marriage must be starting to show some grey hairs—but is most commonly used now to refer to those from the baby-boomer era.

So, what’s spurring on these increased divorce rates amongst an older generation?

While there are certainly couples out there who can identify an indisputable cause for the unraveling of their marriage—whether it be infidelity, or an argument turned physical—sometimes time itself can be the silent and furtive culprit, especially if you’ve spent years prioritizing other aspects of life outside of your marriage, such as rearing children or growing a business. When couples reach a point in their marriage where they’ve spent the better part of their lives together raising and focusing on their kids, they may find that the season of being empty-nesters reveals a spouse that they don’t feel interconnected and bonded with anymore, nor someone who shares the same interests they may have had 20-30 years prior.

Retirement is another aspect of life that can unveil different desires between spouses. If one spouse dreams of retirement as an opportunity to travel the world, learn new skills and finally focus on living a life that brings more exciting adventure to their days, while the other spouse views retirement as an opportunity to finally relax and settle in, a huge disconnect can ensue.

Another aspect that may be playing a part in increased Grey Divorces is the fact that modern medicine now contributes to higher life expectancy for both men and women in the United States. If you’re only 60 years old and have a 40-year marriage under your belt, you’re still considered young with a lot of life ahead of you. Throw in an unhappy marriage and the promise of retirement and new life experiences into the mix, and suddenly couples may be contemplating if they truly want to spend the next 20-30 years of their life with the same person.

Most people would agree that ageing is a bittersweet aspect of life. On one hand, it’s truly a gift to be able to grow old and experience all the life your mind and body has to offer—there are so many people who aren’t so fortunate and whose lives are cut short. On the other hand, it’s frustrating when your body can no longer keep up with your mind. As this begins to happen, couples may start to dream of a different time in life, and begin to search for people or experiences that will keep them feeling youthful both mentally and emotionally. If your spouse is moving at a different pace than you and consequently acts older than you feel, it can make spouses feel old alongside them—a feeling that can lead to resentment, boredom, or a wondering mind and eye.

For decades now, there has been a perennial shifting of societal expectations regarding a woman’s role in the workplace, with today’s society celebrating and encouraging women to hold careers until retirement. For this reason, more women are able to financially support themselves outside of their husband’s income, slowly dissolving the concern that a woman must stay in an unhappy marriage in order to have financial support.

In addition to this, retirement can once again bring about disagreements not only in how free time is spent, but how the money on a budget is spent. Couples who are suddenly experiencing living on a fixed income may run into big disputes on worthy investments of money, leading not only to arguments but sometimes to unexpected debt and sobering reality checks.

Whatever your reason for getting a divorce, remember that having a strong attorney to represent you and help protect your assets is important. The attorneys at Pacific Cascade Family Law are some of the best in both Oregon and Washington, and have represented clients in every season of life. They are well-trained in ensuring that all of their clients receive both strong representation and all the necessary stepping stones needed for a successful and bright future moving forward.