Most people who live in the Pacific Northwest can vouch for the beauty of the area, especially during the summer months. Mountains, oceans, dry-land and beautiful cities—it really has it all. As breathtaking as the summers can be however, there’s no denying that the winters can be rather gray, dreary and truthfully, kind of depressing sometimes. 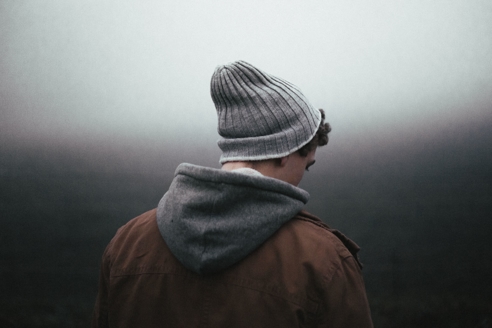 If you find that you tend to feel bouts of depression during the drabby winter months, you may be fighting a condition called Seasonal Affective Disorder (SAD), and you’re definitely not alone. According to a study conducted by Psychology Today, an estimated 10 million Americans are affected by SAD. If you’re struggling with finding a healthy sense of overall well-being during the changing seasons, whether it be lacking energy, motivation, or general contentment, don’t just chalk it up to “being in a funk”—SAD is a legitimate condition, and should be regarded as such. Add in additional hardships, such as a death in the family or a divorce, and seasonal depression may just feel like the dreaded cherry on top of an already challenging season of life.

Generally, SAD symptoms tend to present themselves during late fall or early winter, as days get shorter, colder, and quite a bit greyer. Sadly, the symptoms of SAD can make it difficult to connect with your spouse or partner, your children, or your friends. SAD often leaves people feeling like just the day-to day tasks are an overwhelming undertaking, which in turn can feel like a huge trial for both the person affected, as well as their loved ones. The following are signs and symptoms of SAD:

It’s not entirely clear what leads to seasonal depression, but certainly the sudden loss of sunlight plays a huge role. A decrease in sunlight can disrupt your internal clock (otherwise known as your circadian rhythm), it can lead to a drop in serotonin levels (that chemical that affects our mood), and it can affect the body’s balance of melatonin (an active player in your sleep patterns and mood).

Whatever the reason, SAD should never be pushed under the rug or ignored. Awareness and diagnosis is one of the biggest steps to starting the process of overcoming this disorder, so if you’ve noticed the onset of these symptoms around the same time every year, don’t hesitate to open up to loved ones you trust. Having open communication with those in your immediate circle can help them not only understand the shift in your behavior, but can encourage them to rally behind you and make intentional effort to lift you up and offer as much support as possible.

Pacific Cascade Family Law understands better than most how inopportune seasonal depression can feel when you’re already battling personal uphill battles, such as a divorce or a family death. We have stood behind clients as they’ve gone through some of their darkest seasons, which is why we encourage anyone who is struggling with SAD to take whatever steps are necessary to help treat any deleterious symptoms that may be holding them back from moving forward. We are here to advocate for our client’s better tomorrow, which is why we advocate for all aspects of a healthy and prosperous life, mental health included.