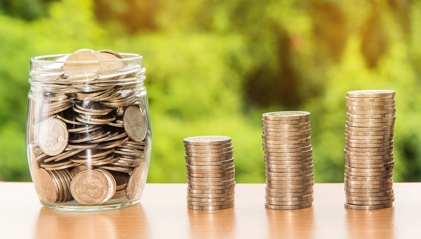 Last December, a new federal tax law pertaining to spousal support was passed by Congress, in turn negating the existing tax-deduction law that has pertained to alimony payments for the last 75 years.

In the past, the husband or wife who was responsible for paying spousal support was able to deduct their alimony payments from their annual taxes. Alternatively, the spouse receiving the monetary support had to pay taxes on the alimony as if it were an income.

The new tax law, referred to as The Tax Cuts and Jobs Act, will effectively abolish the alimony deduction and switch the tax burden starting January 1st, 2019. Moving forward, the spouse paying alimony will no longer be able to deduct the spousal support from their income, and the recipient of the support will no longer have to pay taxes on the alimony.

So, what’s the primarily culprit behind this change? To put a complicated matter into simple terms: tax brackets. Essentially, the amount of money that the spouse paying alimony was able to save due to tax deductions would often end up being higher than the tax paid by the receiving spouse. This is because the spouse paying alimony is commonly in a higher tax bracket than the receiving spouse. That gap between money saved verses money paid meant there was a chunk of taxes the government was missing out on. With the Tax Cuts and Jobs Act, the tax load will shift to the higher earner, and is estimated to increase federal tax revenues by $7 billion within the next ten years.

It should be noted: any existing alimony agreements that are in effect prior to the new year will not be subjected to this new tax law—only couples who are divorcing in 2019 will need to comply with the Tax Cuts and Jobs Act.

How will this effect divorces in the future, you may be wondering? At this point in time, it’s hard to say exactly. It’s likely that spouses paying alimony will now negotiate to pay less, since the tax deduction will no longer be available to them, and they’ll have a heavier tax burden. Similarly, judges will likely adjust the historical spousal awards with these new tax rules in mind. We presume that the new law will essentially shift the numbers around, but that percentages will ultimately equal out.

If you’re considering divorce in 2019, it’s wise to consult with an attorney regarding spousal support payments before making any assumptions. Attorneys are trained to be knowledgeable in reforms such as these, so that they’re able to represent their client’s effectively and to the best of their abilities.